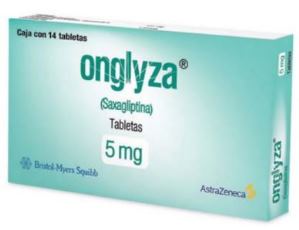 ​Onglyza (Saxagliptina) is a prescription medication produced by the company AstraZeneca and designed to help control blood sugar levels in Type 2 Diabetes patients. It was first released in 2009 and became extremely popular because it does not have the side effect of causing weight gain that many other Type 2 Diabetes medications carry. As a result of its popularity, sales of Onglyza hit the $800 million mark in 2014 and is projected to top $2 billion by 2018.

What Is the Problem With Onglyza Diabetes Medication?

The problem with Onglyza is that because of the way that it interacts with the pancreas (which produces insulin), it has an increased risk for the development of pancreatitis (inflammation of the pancreas that can lead to pancreatic cancer), thyroid cancer, pancreatic cancer and heart failure (at least one study showed a 27% increase in heart failure for patients using Onglyza. In 2011, because of doctor and patient complaints about Onglyza the FDA issued a requirement that the drug comes with a warning about increased risk of pancreatitis and in 2015, the FDA expanded that warning to include risk of heart failure.

Due to the problems associated with the use of Onglyza, a number of drug lawsuits have been filed in the U.S. against AstraZeneca based on the drug being defective and dangerous and on AstraZeneca’s failure to properly warn of the risks associated with Onglyza. Another drug used to regulate Type 2 Diabetes, Invokana, has a number of open lawsuits against it as well.

What If You Think You May Have a Problem From Onglyza?

If you or a loved one suffered any of the above health or medical complications after taking Onglyza, you or they may be entitled to financial compensation for medical bills, lost wages, emotional distress, pain, suffering and disability resulting from those complications. Call Lattof & Lattof today for a free consultation regarding your Onglyza case and your potential rights. Remember that claims of this type usually have a certain time limitation within which you may take action, so it is important that you make the call as soon as you can so as to preserve your rights.