Mitchell Lattof Sr. graduated from the University of Alabama with with a B.S. Degree in Commerce and Business Administration in 1950 and a Juris Doctor Degree in Law in 1952. He has been an active, practicing attorney in Mobile, Alabama since 1952 and has been associated with Lattof & Lattof since 1983. Mitchell is a Member of the Mobile Bar Association, the Alabama State Bar, and the American Bar Association. Mitchell served as President of the Mobile Bar Association in 1986, as a Member of Mobile County Judicial Commission from 1989 to 1995, and has served on numerous Bar Committees.

Mitchell is a Past Senior Warden of St. Paul’s Episcopal Church, is active in Mardi Gras events, and over the years has participated in various Civic events for the betterment of the community. 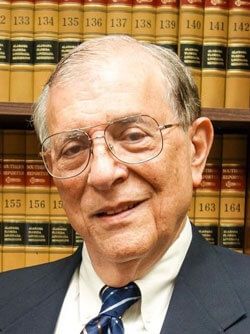