Why Won’t an Attorney Take My Slip & Fall Case? 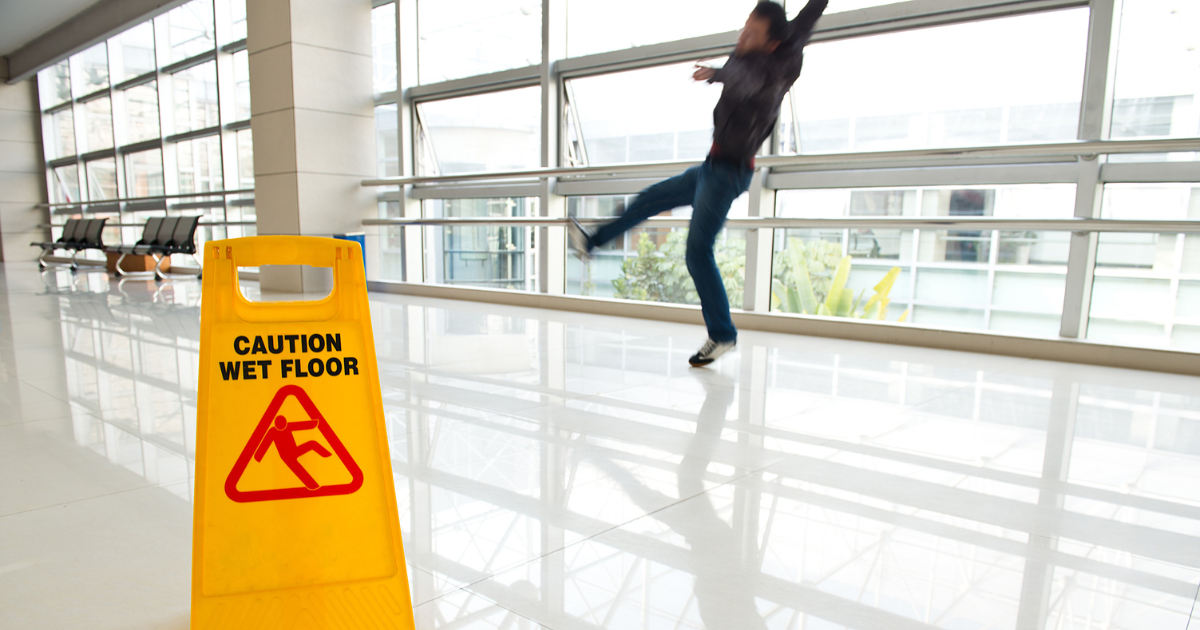 You fell in a parking lot outside the neighborhood grocery store and injured yourself. Your friends and family keep telling you that the store should have to pay for your medical bills and injuries. Heeding their advice, you contact several lawyers to take your case, but nobody wants to handle it for you. You can’t understand why you keep getting turned down. Welcome to Alabama! – where slip and fall cases are some of the hardest cases to win and where attorneys turn down over 90% of potential cases of this type.

Duty of a Property Owner

Under Alabama law, the owner of a business property – e.g. store, apartment complex, office building, etc. – has a duty to use reasonable care in providing and maintaining safe premises for the use of customers, tenants, and others using the property. If the situation is such that a dangerous condition does exist, the owner’s duty is to provide sufficient warnings of the danger so people know about it and can take steps to avoid the chance of injury.

Property Owner Must Know of the Danger

This duty of the property owner to provide safe premises, however, is not an absolute duty, but only applies to dangerous conditions that the owner “knew or should have known about” in the exercise of reasonable care. For instance, if a customer spills a drink on the floor of a store and 10 seconds later somebody walks by and slips in it, the property owner is probably not going to be held liable since there was not enough time for the owner to have reasonably discovered the spilled drink and cleaned it up. On the other hand, if there’s proof that the drink had been on the floor for an hour or so – sufficient time that the owner should have found it – then there would most likely be liability.

Likewise, the Alabama courts have held that if it’s raining outside and customers are continuously tracking water into the store, the storeowner has no duty to keep the floor completely dry, but only has a duty to take reasonable steps to minimize or warn about unusual accumulations of water – i.e. more water than would normally be expected to be tracked-in during a rainstorm. The reasoning is that a reasonable person would be sufficiently familiar with the fact that floors become slick and wet due to tracked-in water when it rains and thereby know to take steps not to slip.

If an injured party cannot prove that the property owner knew or should have known about the dangerous condition and that there was reasonable time to correct it or post warnings, then they will probably not win their case. This issue poses a problem in many slip and fall cases.

The “Open and Obvious” Rule

Another potential problem in slip and fall cases is the “open and obvious rule”. Although the owner of a property – e.g. a store, apartment complex, etc. – owes a duty to its customers and tenants to keep the property in a safe condition and to warn them of any dangerous conditions, that duty does not apply where the danger is so “open and obvious” that a person using reasonable care should be able to see the danger and avoid it. The Alabama courts have gone so far as to hold that it doesn’t matter whether the injured party actually saw and appreciated the danger – what matters is whether they “should” have seen it.

In a recent Alabama case, an apartment tenant stepped off of a sidewalk and slipped in some mud. In denying her claim, the court determined that the mud was clearly visible – thereby “open and obvious” and that the victim should have seen and avoided it. On the other hand, if a person were to slip on clear cooking oil spilled on a grocery store floor, that would probably not be “open and obvious” since it could be difficult to see – even for someone watching where they are going.

One of the biggest points of controversy in slip and fall cases is the issue of whether the condition should have been seen by the victim and thereby avoided.

The final major hurdle to overcome in slip and fall cases is the “contributory negligence” rule. Alabama is one of 4 remaining states that still hold to this antiquated idea. “Contributory negligence” provides that if an injured plaintiff is even 1% at fault in contributing to the accident, he or she is entitled to nothing – even if the other party is 99% at fault in causing the injury. Obviously, this has led to many harsh results and hopefully will one day be changed by the Alabama legislature.

So – Is It Impossible to Win My Case?

ABSOLUTELY NOT! Although there are a number of hurdles to overcome in proving a viable slip and fall claim, you should always consult an experienced lawyer to review and investigate your case. Despite all of the difficulties, there are factors and circumstances that at times can combine to make for a very strong slip and fall case and you will want a skilled lawyer to examine everything for you – especially if you’ve been severely injured. The Lattof & Lattof law firm has been representing slip and fall victims in Alabama for over 70 years and we will work hard to investigate and reconstruct the facts of your case with the goal of overcoming the difficulties of proving a case under Alabama’s slip and fall laws. We provide FREE consultations, and it would be our pleasure to talk with you about your case.